We recently received and e-mail from an old friend of The GolfWorks, Mr. Dennis Clark. He sent these wonderful pictures of the set he played with for a portion of his Professional career. 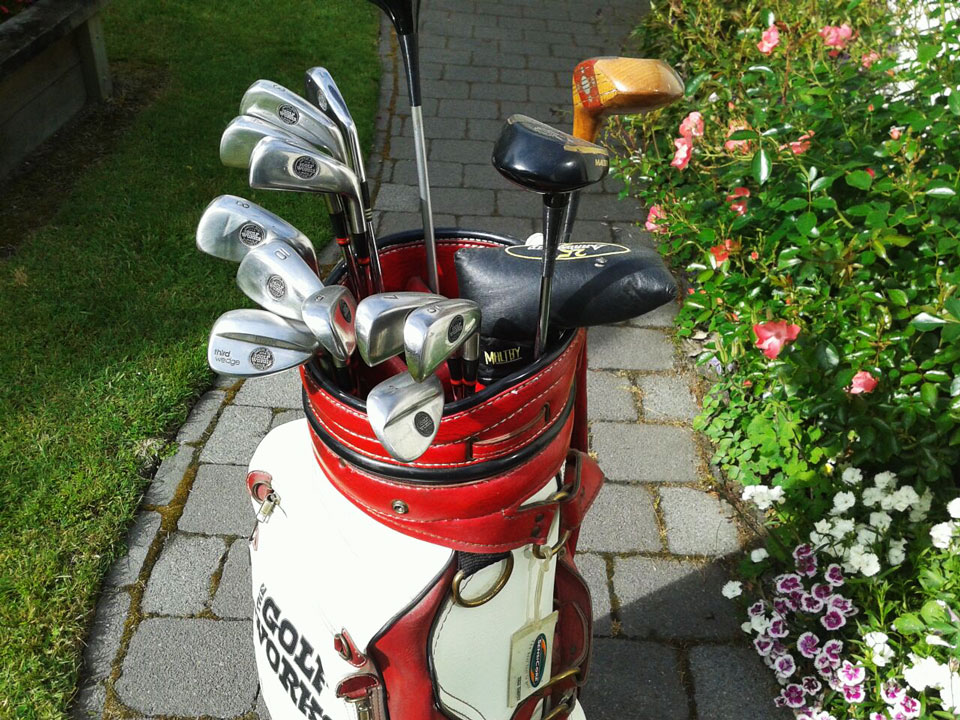 Dennis first met Ralph when he visited New Zealand in the late 1970’s. Ralph was there to conduct a seminar for the PGA. In 1980 Dennis came to Newark, Ohio to visit and stayed with Ralph and his wife Donna. Ralph built a set of the original RM blades for Dennis to try.Dennis stated “that club was such a clean, simple design that I still marvel at the wear mark in the center of the club face! I played that set through the 80’s and 90’s and have played Maltby equipment for 35 years.”

Dennis has been a PGA Professional for 52 years and played professionally for 12 of those years. He actually turned professional in 1963 at the age of 15. Over the course of his career, Dennis won over 40 Professional events in Australia and New Zealand.

He played on the Australasian Tour, the Asian Tour and the European Tour during his career. Dennis was a 5 time World Cup player for New Zealand and played in 3 British Opens. He actually played with the RM blades Ralph built him in the last of his World cup appearances. He played with 22 Major Champions including Jack Nicklaus, Seve Ballesteros and Greg Norman.

“Playing has been great, but I started out just to be a club pro and the playing just happened. The part of my career that I cherish the most is my friendship with Ralph and my visits to The Golfworks. When I stayed with Ralph and Donna we talked for hours about clubs, shafts, etc. Just being able to pick his brain and listen to the stuff he has done was fantastic. I am sure our friendship developed because we think alike and are happy with our own company. He is my hero in the golfing world.” … Dennis Clark

We thank Dennis for his support and friendship throughout the years. We also thank him for his service to the PGA and the game of golf, helping hundreds of players play better golf.