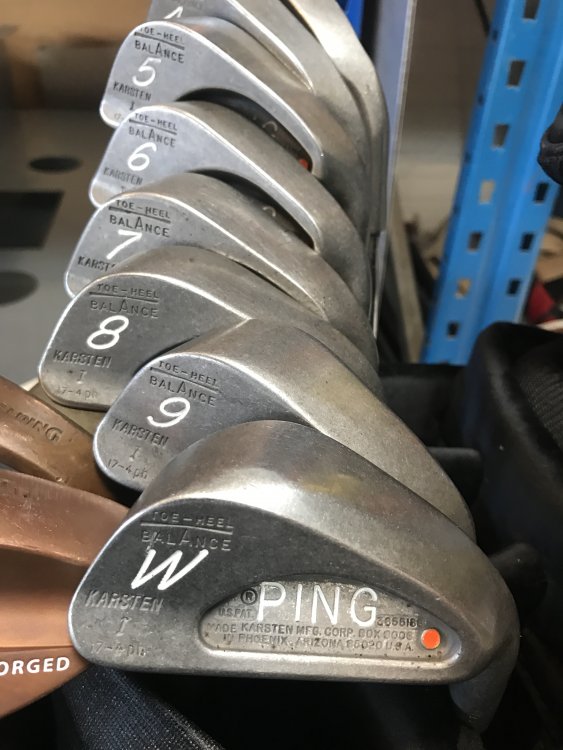 I Recently was so lucky to purchase an old set of PINK K1’s on Ebay and all I had to do was to change the grips to new ones..

As you can see on the picture, the irons are virtually unused, with no scratches whatsover on the soles..

I already have a set of original EYS’s and EYE 2’s and when I tried to compare the 3 different 7 irons and wedges they were very similar in performance.. Actually it seemed like the older design of the K1’s felt better than the two other PINGS..

I was very surprised, as I only bought the K1’s for fun, and because they were brand new (or at least unused).. I also have a set of Maltby Logic Tradition True Forged M-05, and compared to the other 7 irons the Maltby seemed to launch way higher..

Anyway.. -My question is this : even if the K1’s are almost 45-50 years old in design, can they compare to newer irons ?

Did these irons just fit me better, since they feel better, or is it really that good a design to still be able to compete with brand new designs ? -even the brand new ones from PING and other popular brands (also Maltby ofcause) ?

The MPF’s for the irons mentioned here are:  (just for comparison)

Thanks for reading, and btw the PING K1’s are now a serious competitor to my Maltby’s for going in the bag.. -But I guess I could mix and match a set with both PING and Maltby irons ..